All of these 3 words have the same pronunciation:

they’re, there and their are homophones. Homophones are words that are pronounced the same but have a different meaning and spelling.

In this lesson, you will learn:

If you understand the meaning and use of each word, then that will help write them correctly.

The apostrophe indicates that a letter is missing.
The missing letter is the letter “a” from the word “are”.

“they’re” is often used where the verb “to be” is acting as a main verb.

What colour are the shoes? 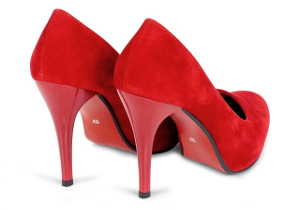 “they’re” is also used where the verb “to be” is acting as an auxiliary (helping) verb. A common example is in the present continuous tense.

There has 2 common uses:

Let’s look at each use in more detail.

“there” as an adverb of place

When “there” is acting as an adverb of place, it means “to / at / in” that place

Examples:
The shop is closed. We will go there tomorrow.

Where do you want me to put the box?
Put it there please.

Where is the horse?
It’s over there.

“there” as an introducing subject

“there” can introduce the subject of the sentence.

“there is” – to introduce a singular subject (present)

Example:
There is a cup of coffee on the table.

“there are” – to introduce a plural subject (present)

Example:
There are some pizzas on the table.

Examples:
My parents have a house. Their house is in London.
(In this example, “their house” means the house of my parents.)

Why are Jane and Mark walking?
Their car has been stolen.
( “their car” is referring to the car owned by Jane and Mark.)