Understanding real native English speakers is difficult isn’t it? Native speakers seem to speak so fast and use strange vocabulary and expressions that you haven’t learned in school.

I understand your pain! I learned French at school and I was very frustrated the first time I met some real French native speakers because I could hardly understand them.

In this article, based on my knowledge as a fully qualified English teacher as well as my experience from learning a foreign language, I give you tips and advice for how to understand native English speakers.

Many reduced forms (but not all of them) in English are due to the speaker not pronouncing the /t/ sound. The /t/ sound is an example of a stop consonant. The sound has two parts. First, we stop the flow of air by moving the tongue up to the roof of the mouth behind the teeth and then we move the tongue down to release the air to make the /t/ sound. Since this is a relatively long process, many native speakers omit the /t/ sound in certain words.

“Reduced forms” are considered bad English but they are very common in informal spoken English. It is important to recognise and understand them.

Here are some common reduced forms with their respective meanings.

“Fillers” are common words and phrases which are not really important. They are words that do not really add any value to the sentence. Often, native speakers use them out of habit.

Learn to ignore common words and phrases which are not important. Practise filtering them out when you hear them. By ignoring them, you will be concentrating on the other more important parts of the sentence.

Here is a list of common fillers in English:

Example with fillers:
“By the way, I saw Mark yesterday. Erm, so obviously I said ‘hello’ to him but he basically ignored me!” (20 words)

The same sentence without fillers:
“I saw Mark yesterday. I said ‘hello’ to him but he ignored me!” (13 words)

In the above example, by filtering out and ignoring the fillers, you have eliminated 7 out of 20 words! This enables you to concentrate on the rest of the conversation.

Prepare your conversations when possible

It’s often possible to prepare for a difficult conversation with a native speaker. If you know you are going to be in a particular situation, you can prepare the questions you are going to ask and also even prepare some of the likely replies. Of course it’s impossible to know exactly what someone else will say, but you can at least look up words in a dictionary that are related to the specific subject.

Example : Next week, you are going to go to a shop to buy a television. This is how you can prepare:

1) Prepare your questions in advance
Example: “How long is the guarantee?”

2) Anticipate the questions that the seller will ask you
“What is your budget?”

3) Prepare your answers to those questions
“My budget is £200” 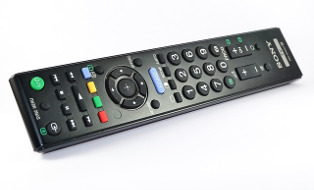 This technique works very well in a one on one situation, for example you meet someone new at a party.

A conversation is easier if you control it. If the other person is talking and talking, sometimes you won’t even know the subject of his/her conversation and you don’t understand.

The solution is to ask the other person questions. If you ask a question, then it forces the person to talk about that subject. You have therefore directed the conversation to a subject of your choice. Talk about subjects that you know or that interest you. That makes it even easier to follow because you’ll be genuinely interested.

When it is your turn to talk, try to stay on that same topic of conversation or change the subject to yet another subject that you know and understand.

The more you talk, the less time the other person will have to talk and say things you don’t understand. This is also a good technique in an English oral exam. – When the examiner asks you a question about something you know in detail, then talk, talk, talk about it until he/she interrupts you! While you’re talking and the examiner is listening, there is no opportunity for you to misunderstand what they are saying.

It is better to meet very small groups of native speakers. If possible, choose a quiet place (no music, television, traffic)

Advice if you really don’t understand

Often native English speakers do not realise that they are speaking too quickly. Also, if you speak well, natives will perhaps think that you understand everything. Consequently, they will speak at their normal speed and level of difficulty.

It is essential that you let them know quickly that you don’t understand. If you do not understand what someone says to you:

Do not pretend that you understand!