The word “back” is used a lot in English. It can be used alone as a noun, adverb or even a verb in many phrasal verbs.

In this lesson, you will learn:

Common meanings of “back”

“back” is a part of the body. It is the opposite of the front. It starts at the neck and ends at the bottom.
“back” is a noun for this use.

Examples:
If you lift something very heavy, then your back will hurt.
Lie on your back and look up at the ceiling.
I’m feeling stressed. Please massage my back.

Far from the front / opposite of front

“back” can also describe the location of something or someone. “back” is also a noun for this use.

It means “far from the front”

If an object has 2 surfaces, then it has a front and “back”.
“back” can also mean the opposite of “front”

Expressions and phrases with “back”

go back / come back

“go back” and “come back” are phrasal verbs. The meaning is to return somewhere. Both expressions are from the perspective the speaker, but the direction is different:

The direction is away from the speaker, going somewhere else. The movement starts at the speaker. The destination is another place.

Example:
I arrived here yesterday. I am going back to London tomorrow.

The direction is towards the speaker, starting somewhere somewhere else. The movement starts at another place. The destination is the speaker.

Example:
Jane has gone to the library. She’s coming back later.

Examples:
Mark had offered to repair my computer but now he is backing out.
(This means that Mark has changed his mind. He is now refusing to repair the computer. He is breaking his promise.)

The company is backing out of the sales contract.
(This means that the company are cancelling the contract. They are not fulfilling their responsibilities. Notice the form. We say “back out OF something.”)

Examples of form:
She always backs me up.
I backed Jane up.

David is the office manager. David is waiting for Mark and Jane to arrive at the office.

David: Why are you late?
Mark: Our train was late.
David: I don’t believe you.
Jane: It’s true. The train was 15 minutes late.

In the above example, Jane is backing Mark up.

Example:
Jane spoke to the manager behind Mark’s back.

We can also use a possessive adjective:

“behind” + possessive adjective + “back”

Examples:
My friends went to the concert behind my back.
Sarah is friendly to his face but she talks about him behind his back.

Example:
I have paid back the bank.

Thanks for the money. I will pay you back tomorrow.
I have paid the bank back.

back to square one

This is an idiom. Its origin is from board games like monopoly or snakes and ladders. In these games, sometimes you have to start again by going back to the first square on the board.

So the meaning of “back to square one” is

Examples:
The negotiations have failed and we are back to square one. 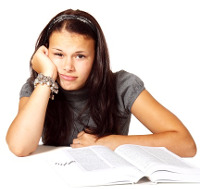 I failed all of my exams. Now I am back to square one with my education.

get back to someone

This is an expression regarding communication with someone. It is very common in telephone conversations when someone is asking you to make a decision but you aren’t sure and you need time to think.

Examples:
Mark: Would you like to go out for a drink tomorrow?
Jane: I don’t know. I’ll get back to you tonight.

Mr Smith: Hello, can I speak to Mr Jones please?
Secretary: I’m sorry, Mr Jones is in a meeting.
Mr Smith: Please ask him to get back to me after the meeting.

“laid-back” is an adjective to describe a person. It is quite informal and very common in spoken English.

It means  to be relaxed / informal / not worried / not stressed.

Example:
I really like my boss. He never gets angry. He’s very laid-back.