Home > Articles > English lessons > BACK as a noun, verb, adjective and adverb

“back” is a very common word in English. We use “back” in many different situations.

“back” is a noun, verb, adjective and adverb. Let’s look at each one.

back as a noun

There are two uses of “back” as a noun:

“back” is part of the body as per this photograph: 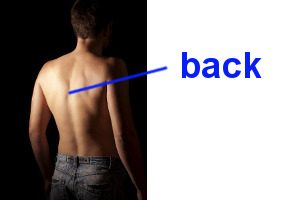 Examples:
He is lying on his back.
David is scratching his back.

The opposite of “front”

“back” is the opposite of “front”.
“back” describes part of an object that is the furthest from the front.

This is the back of Mark’s hand. 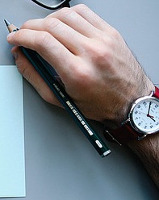 There are two uses of “back” as a verb:

support someone or something

Meaning: To give support to someone or something with money or words. 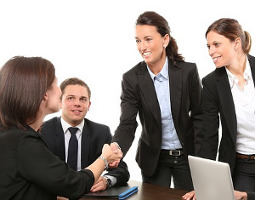 Jane: My colleagues backed my idea during the meeting.

I asked the bank for a loan but they are refusing to back me.
The politicians backed the Prime Minister’s plans.

Meaning:
To reverse a car.
To drive a car backwards (opposite of forwards).

Example:
Your car is blocking the entrance. Please back up a few metres.

to back into something 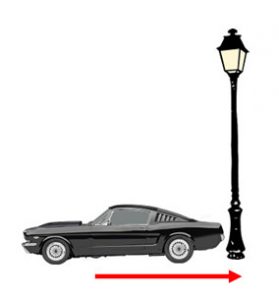 Mark: I had a car accident yesterday.
Jane: What happened?
Mark: I backed into a lamppost!

back as an adjective

“back” as an adjective describes position. The meaning is the opposite of “front”. We write “back” immediately before the noun.

There is a coat on the back seat of the car. Is it yours?

“back” as an adverb

An adverb modifies a verb. “back” modifies lots of verbs in English and it is this use that causes most confusion to learners of English.

The general meaning of “back” as an adverb is “return”.

In this section we will look at the following verbs and structures:

Let’s look at each one in detail.

Meaning: Return to a previous place.

Example:
7 o’clock – Mark leaves home and he goes to London.

10 o’clock – Mark leaves London and he goes back home.

Form: put something back
Meaning: Return an object to a previous place.

Example:
I have taken the keys from your bag. I will put them back later.

Form: take something back
Meaning: Return an object to a previous place.

Example:
The gloves are the wrong size. I am going to take them back to the shop.

Form: carry something back
Meaning: Return an object to a previous place by carrying it.

Example:
Mark is carrying the boxes back to the lorry.

Meaning: Look behind you

Example:
I was walking in the park. I heard a loud noise behind me. I looked back and I saw a dog.

doing the same action to someone

Jane shouted at Mark and he shouted back at her.
Jane kissed Mark. Mark kissed Jane back.
“If you kick me, I will kick you back!”

Form: call someone back
Meaning: To return a phone call to someone.

Form: write back to someone
Meaning: To reply to someone in writing.

Example:
Manager: We have received an email from Mr Jones.
Jane: Yes I know. I will write back to him later.