Let’s look at an example sentence:

I like living in London. I am used to the noise.

Meaning: I am accustomed to the noise in London. It is not new to me.

Therefore, the meaning of “to be used to something” is:

Example:
I am used to the noise.

The verb “to be” is an irregular verb. It is important to know its form in order to fully understand the “to be used to” structure. Here is my lesson explaing it in more detail.  –  The verb BE.

We can use a gerund as the noun phrase.

A gerund is a verb acting as a noun. A gerund is the ING form of a verb.

Mark: Are you tired?
Jane: No, I am used to running.

I am used to eating sushi. 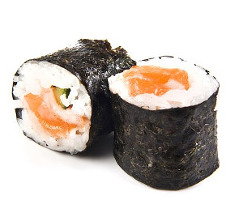 The man is used to sleeping on the bench.
Mark is used to living alone.

Examples:
Jane is not used to wearing stilettos.

The horses are not used to the snow.
Mark is not used to waking up early.
David wasn’t used to driving.

There is another similar grammar structure in English:
subject + “used” + infinitive form

Meaning:
This structure describes a past habit.

Example:
I used to smoke.

Do not confuse the 2 structures!
I have a separate lesson for this other structure: USED + infinitive

Adjectives and their position in a sentence
Direct speech writing rules in English
3 ways to use the word BUSY
Prepositions of time IN, ON and AT
List of all the lessons