Example: “dis” is a prefix that means “not”. It has a negative meaning.

Example: I dislike him = I do not like him.

Sometimes there is a hyphen ( – ) between the prefix and the rest of the word. Example: anti-war.

Be careful. Sometimes what looks like a prefix is not a prefix and the meaning is quite different. Example: “distant”
Use a good dictionary to check the meaning of all new words.

In this lesson, you will learn the most common prefixes in the English language.

The prefix “anti” means against or opposed to.

antisocial = against being social. Not liking making friends and talking to people.
She doesn’t have many friends because she is antisocial.

antibiotic = a medication that destroys bacteria
He is taking antibiotics to treat his infection.

Examples:
dehydrated = not enough water in the body. (opposite of hydrated)
Mark is drinking some water because he is feeling dehydrated.

debug = to remove bugs (errors) from a computer program.
He is trying to debug the accounts software.

The prefix “dis” means not or the opposite of.

Examples:
disagree = to not agree
Sarah disagrees with Clare. 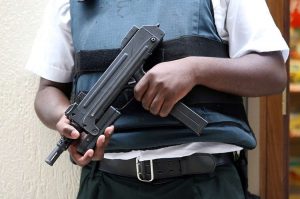 It is illegal to carry a gun.

impossible = not possible
There is too much noise. It’s impossible to sleep.

inactive = not active
The old man is very inactive.

irregular = not regular
The verb “to be” is irregular.

The prefix “inter” means between / among.

Examples:
interact = to communicate with other people
The new manager interacts very well with the rest of the team.

midsummer = middle of summer
Midsummer is my favourite time of the year.

Examples:
misbehave = to behave badly
Mark has misbehaved in school.

misspelling = a wrong spelling
Lionel Messi is a footbill player.
“footbill” is a misspelling.

The prefix “non” means no / not / without

Examples:
non-smoking (adjective) = A place where people are NOT allowed to smoke.
The train is non-smoking.

nonsense = without sense / no sense
“I don’t agree. You are talking nonsense!”

The prefix “over” means too much / an excessive amount

Examples:
overcook = to cook too much
The meat is overcooked.

overexcited = too excited
The children are overexcited.

Examples:
postpone = to delay something until later.
I have postponed the meeting to the 26th December.

post-war = after the war
The post-war period was a very difficult time for everybody.

The prefix “pre” means before / earlier.

Examples:
pre-dinner = before dinner
Michael is having a pre-dinner drink.

predict = to say that something will happen in the future (we say it BEFORE it happens)
The director predicts that sales will increase.

The prefix “pro” means in support of / favouring

pro-peace = in support of peace
Jane is pro-peace.

The prefix “re ” means to do something again.

Examples:
rewrite = to write something again
I made a mistake so I am rewriting a cheque.

reheat = to heat something again
The coffee is cold so I am reheating it.

The prefix “sub” means under / below

Examples:
submarine = a ship that travels underwater
The Royal Navy has several submarines.

The prefix “un” means not / against / opposite

Examples:
unplug= to remove a plug from the socket (opposite of “to plug in”)
He always unplugs the television during a storm.

unhappy= not happy
Laura is unhappy because she cannot find a job.

The prefix “under” means not enough / below.
Examples:
undercook = to cook something (but not enough)
The meat is undercooked.

underage = below the legal age.
There is a law against underage drinking.

THIS, THAT, THESE & THOSE – Determiners and demonstrative pronouns
Countable and uncountable nouns
IELTS speaking advice
English idioms & expressions about sleep