What is the difference between “advice” and “advise”? Find the answer in this lesson.

“advice” means a suggestion about what someone should do.

Examples:
I don’t know what to do. I need some advice.
My teacher gave me some advice for the exam.

“advice” is an uncountable noun in English. This is very important because it determines how we use it in a sentence.

Examples:
I need an advice.

I need some advices.

I need some advice.

It is possible to make a countable sentence with the unit word “piece”:
He gave me 3 pieces of advice.

He gave me a piece of advice.

Here is the form of a common structure with “advice”:

to give / offer   someone some advice

Examples:
I gave Jane some advice.
He offered Mark some advice for his job.

Pronunciation:     /ədˈvaɪz/     (the second syllable contains a “z” sound. The pronunciation is different to “advice”. I suggest you watch and listen to the YouTube video at the end of this lesson to hear the difference.)

Meaning:  “to give advice” or “to make a suggestion to someone.”

The most common form is:    advise someone + infinitive 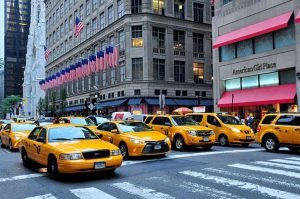 Mark advised Jane to go to New York.
The doctor advised me to rest.
I advised Mark to wash the car.

We also have the simpler form without a direct object:

Example:
I advised washing the car.

(In this example, since there is no direct object, we are not specifying the person that we are advising. We would use this structure if it is obvious from the context or maybe not important.)

This meaning has 3 possible structures:

advise someone of something

Example:
The company has advised its customers of the price changes.

advise someone about something

Example:
The passengers have been advised about the delay.

advise someone that + clause

Example:
The customer advised me that he was going to be late.

I advise you to watch and listen to this lesson in order to hear the difference in pronunciation between the two words: