In English grammar, there are 8 different types of words:

The 8 types are called “parts of speech”. Each part of speech has a specific use and function within the language.

In this lesson you will learn the use and function of each part of speech:

If you look around you, everything you see is a noun!

Mark is driving a car. 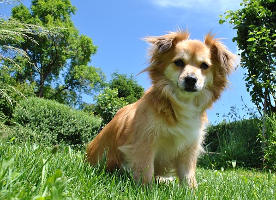 The dog is in the garden.
Let’s go to London.

Pronouns are words that take the place of nouns. Pronouns replace nouns.
Sometimes, we do not want to use a noun or an actual noun is not appropriate. So we use a pronoun.

There are different types of pronouns as follows:

Personal pronouns take the place of nouns referring to people. If the person is the subject of the sentence, we use a personal subject pronoun.

Personal subject pronouns: I, you, he, she, it, we, they

Examples:
Mark is in the kitchen. He is cooking.

In the above example, Mark is a noun. In the second sentence, “he” is a personal subject pronoun that replaces the noun “Mark”. We choose to use a pronoun in order to avoid repetition.

If the person is the object of the sentence, we use a personal object pronoun.

Personal object pronouns: me, you, him, her, it, us, them

Possessive pronouns: mine, yours, his, hers, ours, theirs

Possessive pronouns indicate who owns something. Who possesses something? To whom does something belong?

Example:
Is that David’s car?
No, it is mine.

In the above example, the pronoun “mine” is the first person singular. It replaces the noun “car” and also indicates who owns the car.

Adjectives are words that describe nouns or pronouns. Adjectives give more details and more information about a noun or pronoun.

Adjectives can give us more information about a noun in the following ways:

The quality or type

Mark is driving a black car.

In the above example, “car” is a noun and “black” is an adjective describing the noun “car”. The adjective “black” gives us more information about the car by telling us the colour.

Possessive adjectives: my, your, his, her, its, our, their

Example:
It is his car.

Verbs are words that show an action.

Examples:
Mark drives a bus.
Jane is drinking a cup of coffee.
We played football.

Verbs can also show a state. These types of verbs are often linking verbs. They give us more information about the subject of the sentence.

Examples:
Jane was angry.
I feel ill.
Mark is tired.

Verbs have different tenses which indicate:
time (past, present or future)
aspect (completed or continuous)

Adverbs are words that describe or modify verbs

Examples:
Mark is running quickly. (adverb of manner)
Jane never drinks coffee. (adverb of frequency)
We will go there tomorrow. (adverb of place)

Adverbs can also describe or modify other adverbs

Examples:
Mark is tired. > Mark is very tired.
The car is expensive. > The car is too expensive.

Common examples of conjunctions: and, or, because, so, but, while, for.

The telephone rang while I was cooking dinner.
I like cats and dogs.
I am hungry but I don’t have any food.

Prepositions connect noun phrases to another part of the sentence.
Preposition means “place before”. It is usually before the noun phrase.

There are different types of preposition in English:

Prepositions of place describe where something is.

Examples:
Mark is in the kitchen.
The lamp is on the table.

Prepositions of time describe time and when something happens.

Examples:
Please don’t talk during the lesson.
I am going to London for a week.
I go to the cinema on Saturdays.

Examples:
I will send you the offer by email.
He gave me an answer in writing.

Interjections are small words without any real grammatical value.
Interjections express emotion. They are common in spoken English.

Damn! I missed the train.
(to express disappointment or frustration)

Hurray! I won the lottery.
(to express feeling pleased.)

Shh! Please don’t talk during the film.
(to ask people to be quiet.)