A pronoun is a word that replaces a normal noun in a sentence. A noun is the name of a person, thing, idea or concept.

A personal pronoun replaces the name of a person in a sentence. They can be used as the subject or object.

Example:
Jane is my wife. I love her.

Here is the list of all the personal pronouns in English:

Masculine or feminine for the third person singular?

1)Use both pronouns in our sentence separated by “or” to make it clear that we are not sure.

Examples:
“Ask your teacher. He or she will help.”
“I will talk to him or her tomorrow.”

Example:
“Ask your teacher. They will help you.”
“I will talk to them tomorrow.”

We use “it” for singular things, ideas, concepts and most animals. “it” is used as a subject or object.

Examples:
I like my new car. It is very fast. 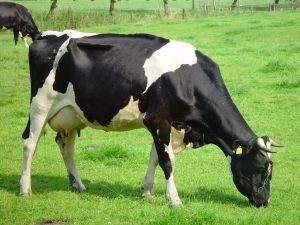 Look at the cow. It is eating the grass.
David has a new house. I saw it yesterday.

There are 2 exceptions to this rule:

Where is Toby?
He is in the garden.

Example:
The Titanic was a British ship. She sank in 1912.

We can also use “it” as a subject to describe the weather, temperature, time and distance.

We also use “it” to identify somebody.

We use “it” to make a general comment or remark.

Examples:
It’s terrible. My sister is too ill to go to London.
It’s important to eat well.

Subject pronouns are the subject of the verb.

We use object personal pronouns in 3 situations:

Examples:
Jane likes him.
Mark saw us in London today.

2 – as an indirect object

Examples:
David gave me a present.
She is telling them a joke.

3 – as an object of a preposition

Examples:
Mark talked to her this morning.
I am waiting for you.

Jane is pointing at me.
I love you.
Jane is helping him.
Mark is annoying her.
John made it this morning.
“Come to see us in London!”
I saw you last night in the pub.
John is not with them.

THIS, THAT, THESE & THOSE – Determiners and demonstrative pronouns
In, on and at | Prepositions of place
Business English phrases and expressions
Present perfect verb tense
IELTS advice from Anna, a successful student