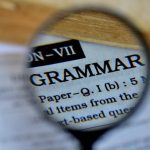 In English grammar, there are 8 different types of words: NounsPronounsAdjectivesVerbsAdverbsConjunctionsPrepositionsInterjections The 8 types are called "parts of speech". Each part of speech has a specific use and function within the language. In this lesson you will learn the use and function of each part of speech: What are nouns? Nouns are words that … END_OF_DOCUMENT_TOKEN_TO_BE_REPLACED 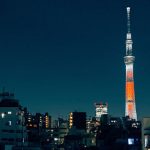 We use "such as" to give a list of examples of something we say. Example: Mark: What kind of music do you like?Andrew: I like groups such as Radiohead, New order, Placebo and REM. The words after "such as" are the examples of groups that I like. If there are several examples, we separate them with commas. We separate the last example with "and". More … END_OF_DOCUMENT_TOKEN_TO_BE_REPLACED 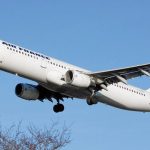 “by" is a very common word in English. “by" is usually a preposition but it can also be used as an adverb. In this lesson, you’ll learn 6 common uses of “by” as a preposition. “by” + place When "by" is used as a preposition of place before a place, it means "beside" / "at the side of" / "next to" Example: The house is by a lake. (next to a lake)I live by the … END_OF_DOCUMENT_TOKEN_TO_BE_REPLACED 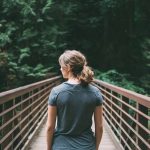 What is a proverb? A proverb is a short sentence or expression. A proverb often gives advice or expresses a common life experience.In this lesson, you will learn 9 common English proverbs. Curiousity killed the cat Literal meaning: When cats are too curious, they put themselves in dangerous situations. Use and meaning: It is bad to be too curious about other … END_OF_DOCUMENT_TOKEN_TO_BE_REPLACED 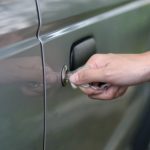