Home > Articles > English lessons > When to use capital letters in English

In English, most of the time, we write with lower case letters:

We use capital letters for specific situations.

In this lesson, you will learn the main rules for when to use capital letters.

The first letter of a sentence or speech

The fist letter of the first word of a sentence or speech is always a capital letter.

Examples:
The man was hungry. He said “Do you have any sandwiches?”

The personal subject pronoun “I” (first person singular) is always a capital letter.

Jane thinks that I drink too much coffee.

Jane thinks that i drink too much coffee.

She also thinks that I’m a good teacher.

She also thinks that i’m a good teacher.

Days of the week

The first letter of the days of the week is always a capital letter.

The days of the week in English:
Monday, Tuesday, Wednesday, Thursday, Friday, Saturday and Sunday

Months of the year

The first letter of the months of the year is also a capital letter.

The 12 months of the year in English:
January, February, March, April, May, June, July, August, September, October, November and December

The first letter of all countries, nationalities and languages is a capital letter.

Examples:
Here is London.
One of the biggest states in America is Texas.

The names of the continents are:
Africa, Europe, Asia, North America, South America and Australia.

Examples:
This river is called the River Thames
This lake is called Lake Michigan
This mountain is called Mount Fuji

The name of this bridge is Tower Bridge.
This park is called Central Park.
There are lots of shops on Oxford Street in London. 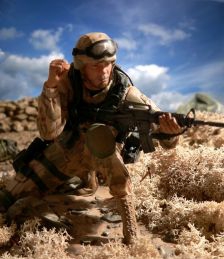 This is Sergeant Smith.

We often write people’s titles as an abbreviation.

The first letter of the abbreviation starts with a capital letter.

We write the names of holidays and festivals with the first letter as a capital letter.

Example:
They are very excited about Christmas.

We write the names of religions with a capital letter as the first letter of the word.

Example:
One of the main religions in England is Christianity.

Names of companies, organisations and trademarks

Examples:
Ford, Microsoft, Coca Cola, British Airways and many others.
This car was made by Volkswagen.

Examples:
This is the flag of the USA.
USA = United States of America

The UN headquarters is in New York.
UN = United Nations

There are no real grammar rules for the capitalisation of titles. We use style guides. For example, journalists who write articles for the BBC website follow a style guide given to them by the BBC. It is important to be consistent.

Here is a style guide used by many English-speaking journalists for writing titles:

Use capitals for the first letter of:
– the first word
– nouns, pronouns, adjectives, verbs, adverbs

Use lower case for the first letter of the following words:
a, and, at, for, from, in, of, on, the, to (except if it is the first word of the title)

“Harry Potter and the Order of the Phoenix”

How to use DO and MAKE in English
Prepositions of place IN, ON and AT
Types of English abbreviations
IELTS tips from Carol