Home > Articles > English lessons > Indefinite article “a” and “an”

“a” and “an” are indefinite articles. Indefinite means “not specific”. Usually, we use “a” and “an” to talk about non-specific nouns. I explain what that means later on in this lesson.

“the” is the definite article. Usually, we use “the” to talk about specific nouns.

Articles only modify nouns. They do not modify adjectives. 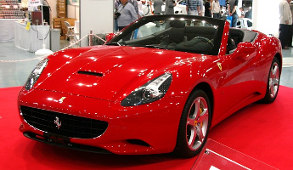 I have a nice car.

I have a nice.

I found a dog yesterday. I am going to give the dog to Jane.

In the first sentence, “dog” is mentioned for the first time. For the reader, it is not a specific dog. So we use the indefinite article “a“.

In the second sentence, “dog” has already been mentioned in the first sentence. Now, it is a specific dog for the reader. So we use the definite article “the“.

In this lesson, you will learn the main uses of the indefinite article (a / an)

We use “a” before a consonant sound:

It is the consonant sound which is important, not the spelling:

“university” begins with a vowel letter, but it is a consonant sound. So we use “a“

(To hear these sounds correctly, watch the Youtube video at the bottom of this page.)

We use “an” before a vowel sound:

It is the vowel sound which is important, not the spelling:

“hour” begins with a consonant letter, but it is a vowel sound. So we use “an“

(To hear these sounds correctly, watch the Youtube video at the bottom of this page.)

“a” or “an” – Examples with adjectives

“an” before a vowel sound.
“a” before a consonant sound.

Grammatical use of “a” or “an”

We only use “a” or “an” before a singular countable noun:

I bought a shirt.

Jane is eating an orange.

We do NOT use “a” or “an” before a plural countable noun:

I bought a shirts.

We use “some”:
I bought some shirts.

We do NOT use “a” or “an” before an uncountable noun:

Mark is eating a soup.

We use “some”:
Mark is eating some soup.

Uses of the indefinite article a / an

To refer to a non-specific thing or person (noun)

It is not important which specific thing or person we are talking about.
and / or
It is the first time we mention it.

Example:
I bought a shirt today.
(Which specific shirt is not important and it is the first time we mention it.)

If we continue to discuss the shirt, then we use “the”:
The shirt was expensive but I really like it.

“He is eating an apple.”
(It is not important which specific apple we are talking about. All apples are the same in this context!)

“Can you lend me a pencil please?”
(We are not asking for a specific pencil. We don’t have a preference. Any pencil will be fine.)

To talk about any one member of a group

David is a director of Microsoft.
(Microsoft has several directors. David is one of those directors.)

We use the indefinite article when talking about a person’s job.

Andrew is a teacher.
Andrew is an English teacher.
Jane is an accountant.
I want to be a soldier.

I travel to London four times a week.
He brushes his teeth three times a day.

We only use the indefinite article “a” or “an” with exclamations with  singular countable nouns.

Examples:
What a surprise!
What a beautiful dog!

If the noun is uncountable, there is no article at all:

Mark won the lottery. What luck!
Jane has lost her keys. What bad luck!

Video lesson – Indefinite article a / an

Watch this lesson to hear the correct pronunciation and also the vowel and consonant sounds: