This is an English lesson. It is not a maths lesson! In this lesson, you will learn English vocabulary for the basic mathematical symbols and operations:

“mathematics” is a noun.

Meaning:
The study of numbers, shapes, and space using symbols and rules.
Example: 2 + 2 = 4

The word “mathematics” is often abbreviated to:

“Addition” is a noun.

Meaning:
The process of adding numbers together to calculate the sum.
Example:  Today we are going to practise addition.

To describe the addition above, we say:
Four plus six equals ten.
or
The sum of four and six is ten.

Meaning: To put two or more numbers together to calculate the sum.
Form: add number to number
Example: If you add four to six, you get ten.

“subtraction” is a noun.

Meaning: The process of removing a number from another number.
Example:  Let’s learn subtraction.

To describe the subtraction calculation above, we say:
eight minus three equals five.

“subtract” is a verb.

Meaning: to remove a number from another number.
Form: subtract number from number
Example: If you subtract three from eight, you get five.

“take away” is a verb also used for subtraction. It is more informal than “subtract”. It is very common.

Form: take number away from number
Example: Take three away from eight. What is the answer?

“multiplication” is a noun.

Meaning: The process of multiplying a number.
Example: I’m not very good at multiplication. 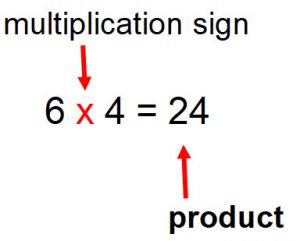 “product” is a noun.

Meaning: The result of a multiplication calculation.
Example: The product of six and four is twenty four.

“multiply” is the verb for multiplication.

Form: multiply number by number
Example: If you multiply six by four, you get twenty four.

“division” is a noun.

Example:  Today, we are going to learn division. 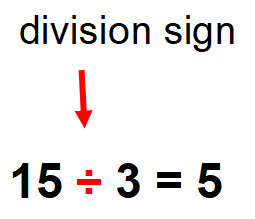 To describe the division calculation above, we say:

Form: divide number by number
Example: If you divide fifteen by three, you get five.

English lessons on our Youtube channel
English expressions with the verb KEEP
Modal verb MUST – Form, use and meaning
Comparing things with “as”
Superlative adjectives
List of all lessons